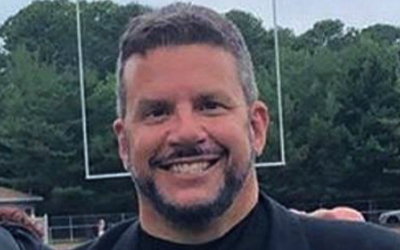 On June 22, 2021, Mr. Frank Riggitano was appointed part-time Recreational Director by the Dennis Township Committee. Riggitano
brings a wealth of experience to the position having served as the Athletic Director, Assistant Principal, and Principal at Middle Township High School during 32 of his 34-year professional career. He has also coached track and field, baseball, and is currently the head football coach at Middle Township High School, a job that he held from 1989-2000 and returned to in 2012. It was during his break in high school coaching in the early 2000’s when he returned to school earning a Master’s Degree in Secondary School Administration from Wilmington University.

During his time away from high school coaching, he coached several teams for the Dennis Township Recreation Department. In addition to baseball, summer basketball and softball, he coached traveling basketball with our girls’ program leading them to championships in the Scoop Taylor and George D. Amico Optimist Tournaments. A graduate of Susquehanna University in 1983, Riggitano received a Bachelors of Arts Degree in Communications and earned seven varsity letters; four in football and three in baseball. He was a first team Middle Atlantic Conference all-star in football in 1982 and the baseball team’s top defensive player during his junior and senior seasons. He was also selected as the Outstanding Senior Athlete in the Spring of 1983. In the winter of 1984, Riggitano signed a contract with the Buffalo Bulls of the National Football League.

After being released in camp, he signed a contract with the Chicago Blitz of the United States Football League in the spring of 1984. After a few other attempts with football, he returned to the area to become a teacher in the Middle Township School District in 1987. In the fall of 1995, Riggitano was inducted into the Susquehanna University Sports Hall of Fame for his accomplishments in athletics. He retired as the principal of Middle Township High School in December of 2018.

Riggitano recently completed a two-year stint as the Interim Principal/Director of the new Coastal Preparatory High School in Cape May Court House where he helped to establish the school created to assist high school students with drug addiction problems. He is married to Jeanette Riggitano, who is currently a fifth-grade teacher with 32 years of teaching experience in the Dennis Township school system. They have two children, Matthew (29) and Julianna (25), both of whom reside and work in Philadelphia.